Wednesday night I said goodbye to my dearest friend. I’ve missed her every second from then on, but it slowly has begun to get easier.

Bandit Rose was born around March 16th 2009, although I purchased her April 27th 2009 and since then that was her designated birthday.

In the five years we spent together she destroyed almost everything I ever purchased, she was a viscous little bear for her first two years and refused to be litter box trained for at least a year! I remember one time I was so frustrated with her, she had destroyed something of mine, hidden another, friends were on their way over and I just didn’t want her to annoy anyone. The second friends appeared that little jerk became the sweetest most innocent little girl, everyone loved her and she loved all the attention.

After a horrendous breakup that left me extremely depressed, Bandit was there with all her kisses and love. I remember crying on the couch at my new place, having been alone for a while now she walked right up, climbed the couch and just sat there will me cleaning my ears. Bandit loved cleaning ears, that or she just thought mine were always filthy.

Oh I would note that above mentioned couch, yep brand new $1500, she destroyed it in a month. Best part is I didn’t even care, it was more her couch than mine anyway – she had free range of the whole one bedroom but she spent the hours I worked sleeping inside the cushions and creating tunnels to store her stashes throughout.

After leaving that apartment I moved on to a bachelor (aka Glorified Shoebox) where again she had free range – but this time it was much smaller and she later had a ‘little’ brother join the family (quotations are for the fact that Turnip was most definitely not little). Turnip Rose, born approximately February 18th, adopted April 1st 2013. Although she hated him at first Bandit and Turnip grew to understand each other and soon enough they were inseparable.

Now that I had two little monsters going to the park was even more awesome, they could do their thing while they didn’t feel like walking, or we could all walk together – the only catch was Bandit was way more adventurous than Turnip so I usually ended up carrying him or asking a friend to hold his leash after a while.

Turnip did take on the protector  role while they were together, he would watch over his sister or physically stand over her to protect from the birds, if she took time to drink he’d be watching the skies.

If things got too dicy, they would come to me to be picked up and watch from above until it was safe again. Bandit always knew I was there for her, when she was tired or scared, or lazy or just wanted to steal my food she would look up at me. I would reach down and spread my fingers and Bandit would put her paws on either side of my hand and I would pick her up. Sometimes if i wasn’t fast enough she would take things into her own hands and climb up her damn self though! She would look at me after with that ‘thanks for nothing’ kind of look and proceed to steal what ever she could.

Bandit’s stashes were legendary, honest to goodness I don’t even know how she was able to drag the things that she did and fit it in the places that she wanted. Moving one time we were carrying the couch down the stairs, everything I had ever lost fell out, including whole piece of pizza.

After about six months with her brother, I introduced another little guy into the family. Radish Rose, born approximately September 25th, adopted November 6th 2013.

Now, if you’ve read my introductions posts you are aware of these introductions, if you have not; Turnip and Bandit took a month to become friends, Radish took an hour. Just to be safe I kept them apart for a bit but my day two they were already family.

Family on an adventure

I love all my little monsters, they bring sunshine to my life for sure, but Bandit and I had a very special connection. I always knew that no matter what, she was waiting at home for me to melt away the pain, inside and out. She would kiss me goodnight, clean my (apparently eternally filthy) ears and always (even in the worst of times) make me smile.

Bandit is who got me through my struggles with depression, she is who loved me no matter how I felt or looked. Bandit is the little angel God gave me to protect against the darkness, I feel the deepest loss at not having her physically around to protect me anymore.

Even in her final hours Bandit, now unable to even stand dragged her body slightly closer to my face which rested beside her, my arms encased her body on the vet’s table, she looked at me – at the time I didn’t realize it was to say goodbye – and began cleaning my ears just one last time. We had cuddled, her body wrapped against mine in my cardigan for about forty minutes while the vet setup for her IV, Bandit pushed away to go back on the table after that and we stared at each other. I told her I loved her and that I didn’t want her to go,  every adventure, every second, with her was wonderful. I said that I couldn’t imagine life without her, but if she was ready, if she needed to, I would understand if she needed to leave. She knew I loved her, she knew her family was waiting for her to get better and come back to cuddle but with all that poison running through her veins it was just her time to sleep. 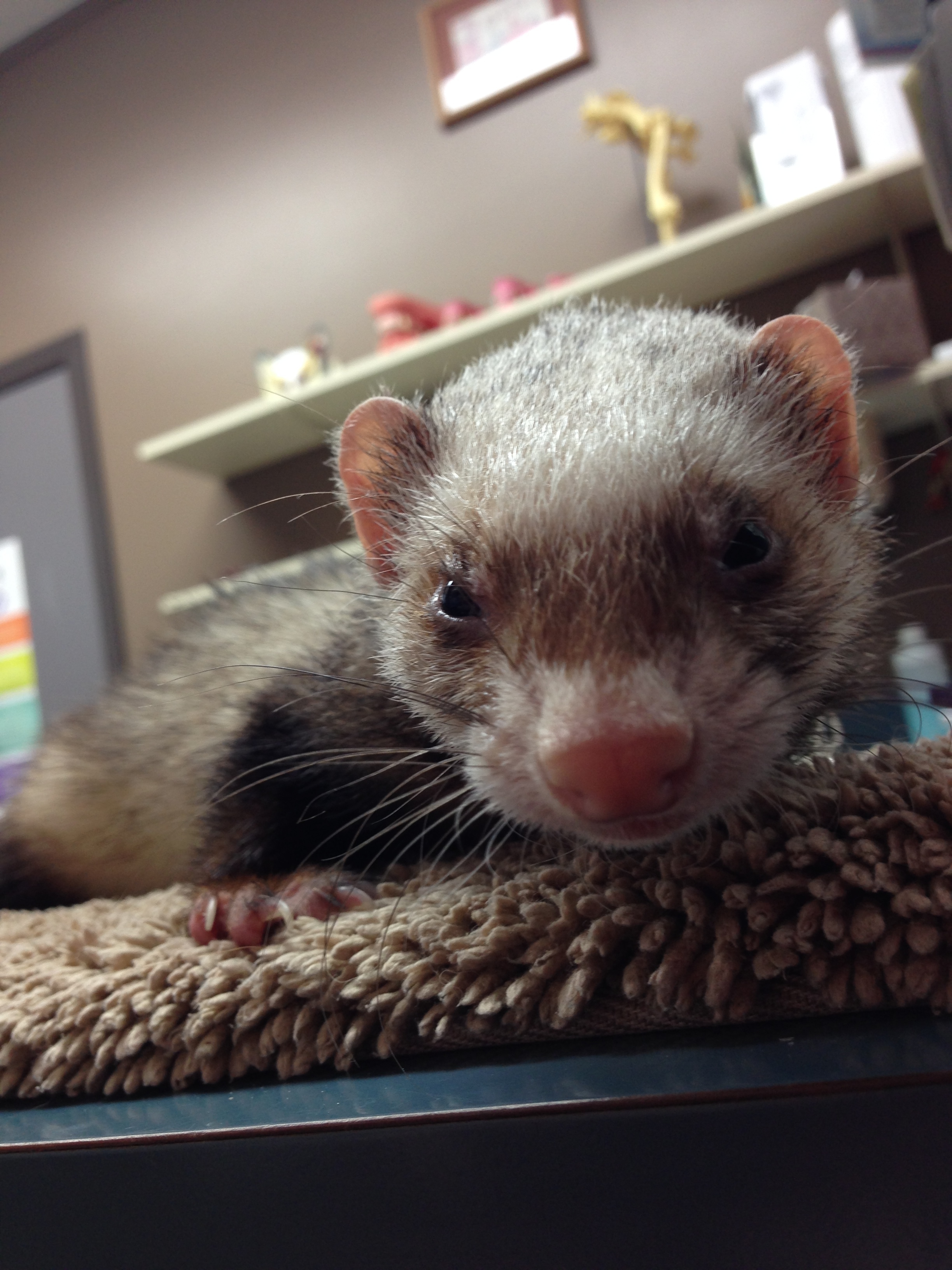 There is some sunshine, a close friend of mine pointed out that now my little girl will be with me anywhere and everywhere I go. Although that is true I still feel a sharp pain in my heart when I remember there is no more cuddles to be had from her, then I remember she would be extremely upset if I did not love and protect her brothers like I love her. So as of today I can feel my heart slowly mending, and I know that’s her patching the broken pieces of my heart, if her life in our physical world has come to an end, her job in my heart is just beginning.

Bandit I love you. Every inch of me aches for cuddles again, little kisses on your head and your sighs when my cuddles are just annoying. You changed my life and I’m so thankful to the years God allowed us to be together, I loved every single adventure. You were my Sunshine revealing all my dark thoughts and healing me.

Although it will be a while before we see each other again know you are always in my thoughts and your home is in my heart. Your brothers miss you, they’re in need of your grooming and discipline for sure! Thank you for holding on as long as you did, I know it was hard and you were ready to go, so thank you for being there for me and reassuring me until the end.

In loving memory of Bandit Rose