Summer of 2013 I decided I would take Bandit and Turnip (Radish wasn’t born yet) out camping with me, I’d never taken pets camping before so I wasn’t quite sure how exactly it would go. First thing was figuring out what exactly was required for camping with ferrets. The ferret specific supplies I took were; Food/Water dishes, Water bottle, Ferret food, Guinea pig cage (it was smaller to make living in a tent more convenient), Mini litter box (for the smaller cage), Hammock bed and hanging tunnel (they still needed to be comfortable), Leashes!

At night they slept in the Guinea pig cage with us in the tent, locked (unlocked Bandit could escape within 5 minutes..), before bed I did allow them to roam the tent for a while.

During the day we put their harnesses on so they could explore but close enough to keep an eye out for unfriendly animals (there’s many birds, and other dogs around). They really enjoyed the many smells and sounds, although Turnip was a little shy of how open it was.

Once they discovered the picnic bench was essentially a large ferret shelter, they basically were determined to spend the entire day under there watching and smelling.

Ferrets have very short attention spans, and pretty poor near sight (apparently it’s good far away – according to my vet), after a while of under the picnic bench adventure they noticed the tree line. Which commenced an almost impossible attempt from keeping them from running towards it. I suppose it’s just a natural feeling, but whenever I took Bandit out for walks she always tried to escape into the trees no matter where we were. I figure it’s to keep her safe from the birds overhead, I would put them away thinking they’re too nervous (cage in the shade and tons of water) but then she’d scratch until I let her out again.

Turnip was only four months into being part of the family at this point, so I’m unsure of whether or not he’s been outside, which is why for him I was a lot more cautious with how he was feeling.

Later on we visited some friends staying at a cabin close by (and by close I mean a bit of a drive but there was a beach!) Although pets were not allowed on the sand, I did take them near by at least. With all the people here it was a lot louder than the campground and way more food smells, 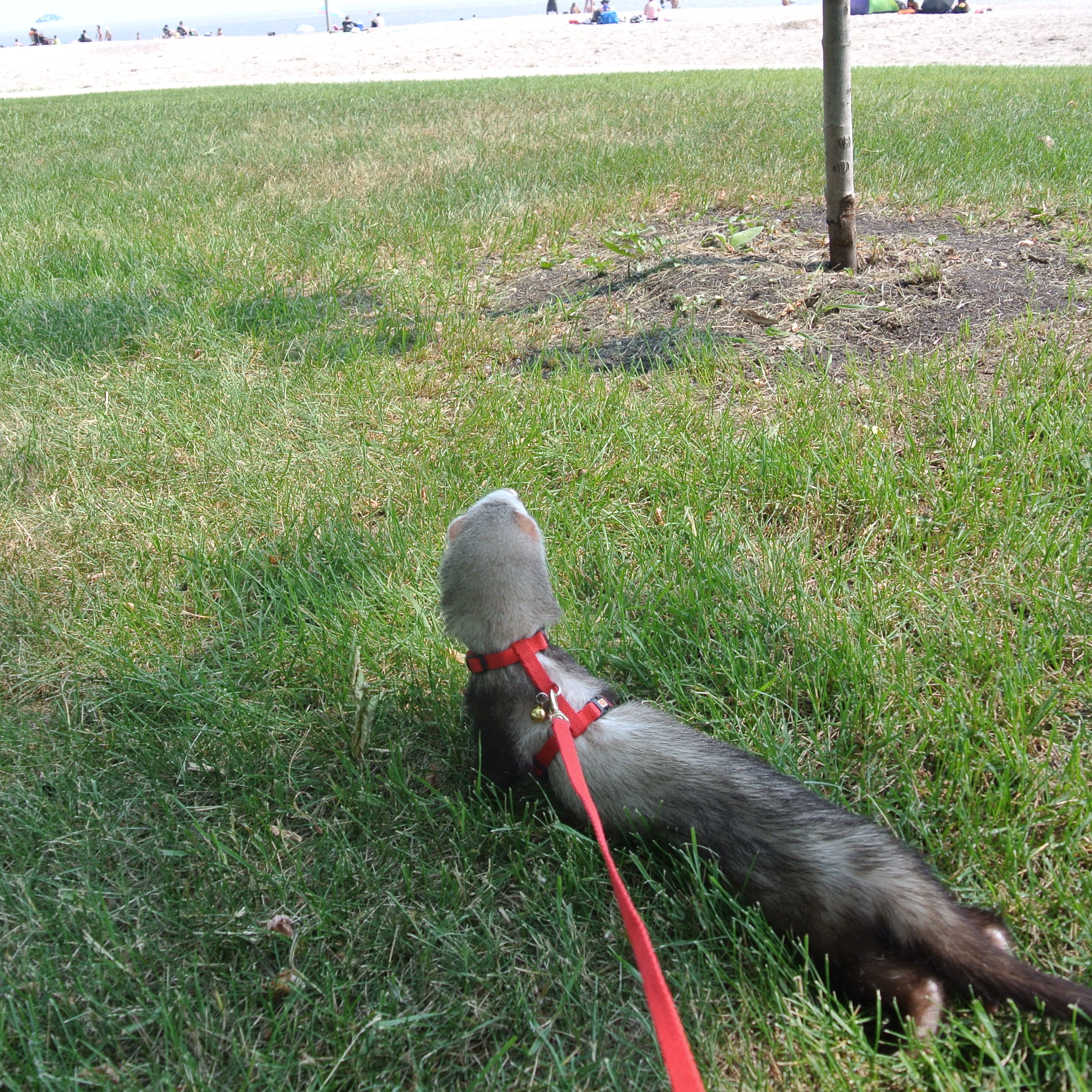 It looks like they’re further away because of a little hill, the trees gave shade and it was waaaay less crowded. 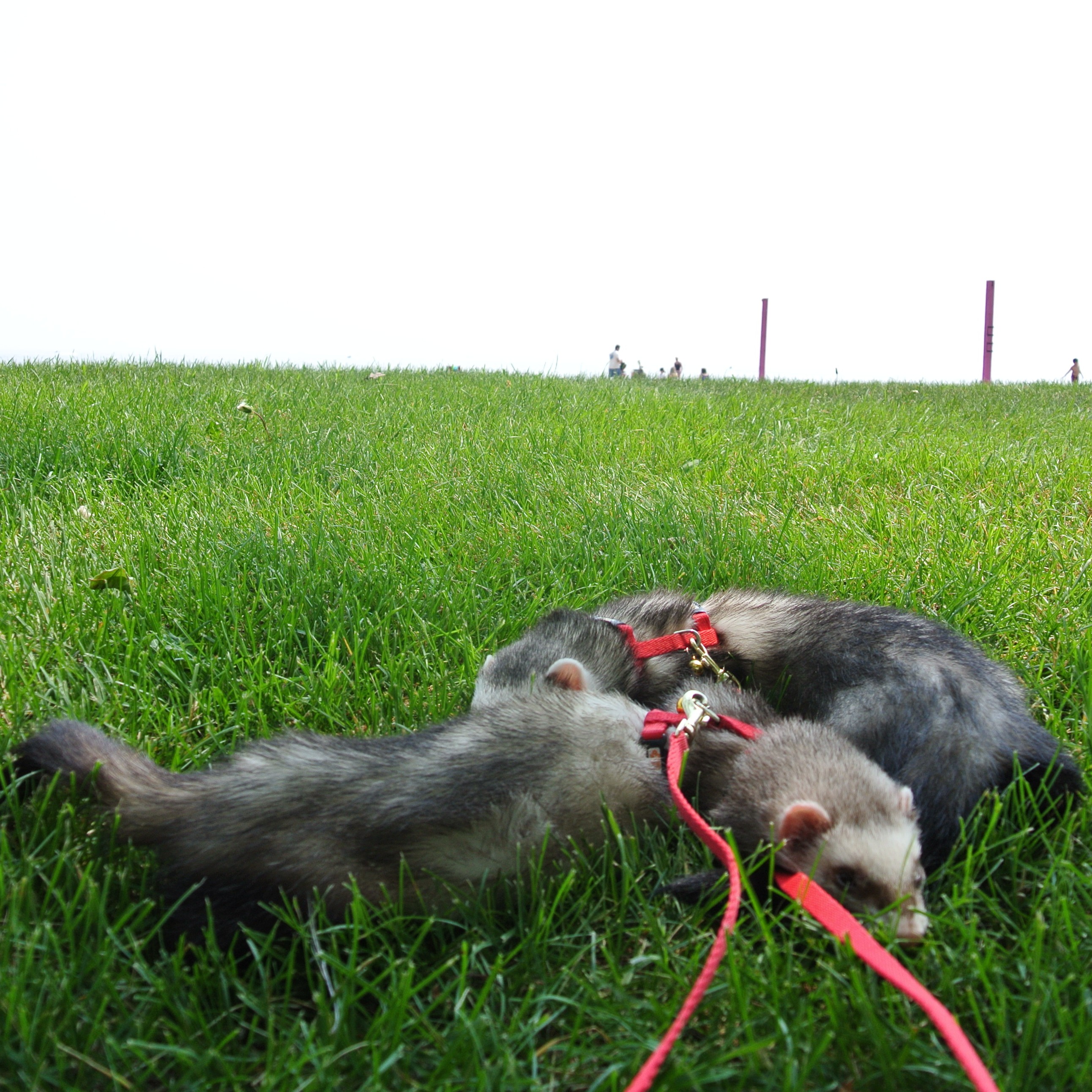 Monsters on the Beach

Bandit became the scout while Turnip was determined to protect her, it was pretty adorable. They stuck together adventuring, then both came back to cuddle on my lap after a bit.

On the way home miss Bandit slept the whole way, She was pleasantly exhausted 🙂 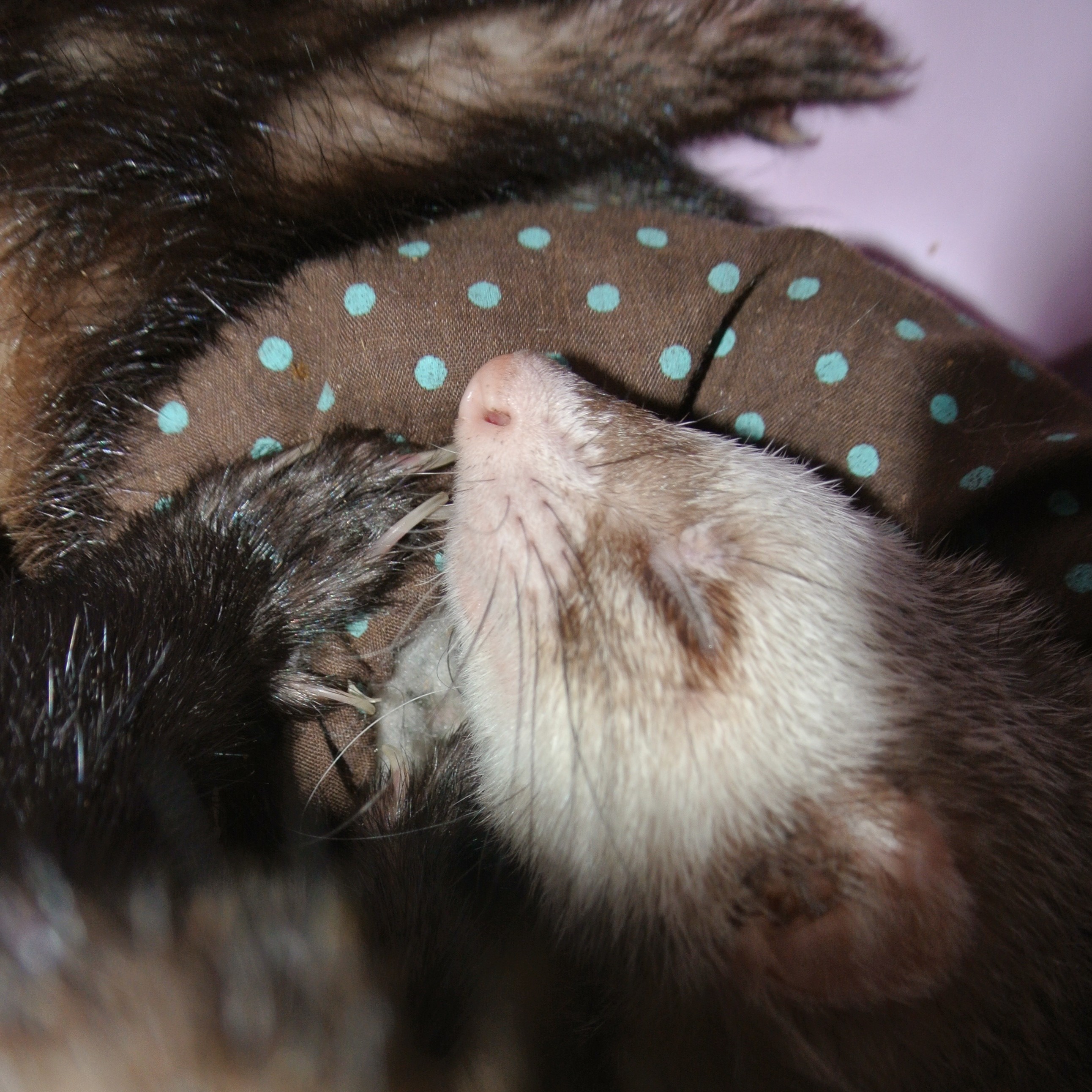 If you have noticed a few extra posts in the last few days on the point of view of one of the Manitoba Ferret Association’s members family, that’s me! Time has become too scarce to entertain my own blog full time. As well my business and I are moving to England!

Hope you enjoy reading about the Rose Family Business adventures!