Suck it Up Foamies

Sock it to ya

The Ferret Party was a Howl!

The party started with Musical Pumpkins. There were some pumpkins that slid across the floor “accidently” and in the end Kevin was left standing on the last pumpkin!

Our next game was Paper Sack Escape to get the ferrets going. Each of the ferrets got stuffed into paper bags and on command the bags were placed on the floor. Some ferrets investigated the inside of the bag, one furry decided to go to sleep. Chantal and Kevin tied desperately to stuff their 4 ferrets; Oscar, Borshie, Fargo and Charlie all at the same time. With a little help they got stuffed! There was a nose to nose finish but Bella blasted out of the paper sack to win. 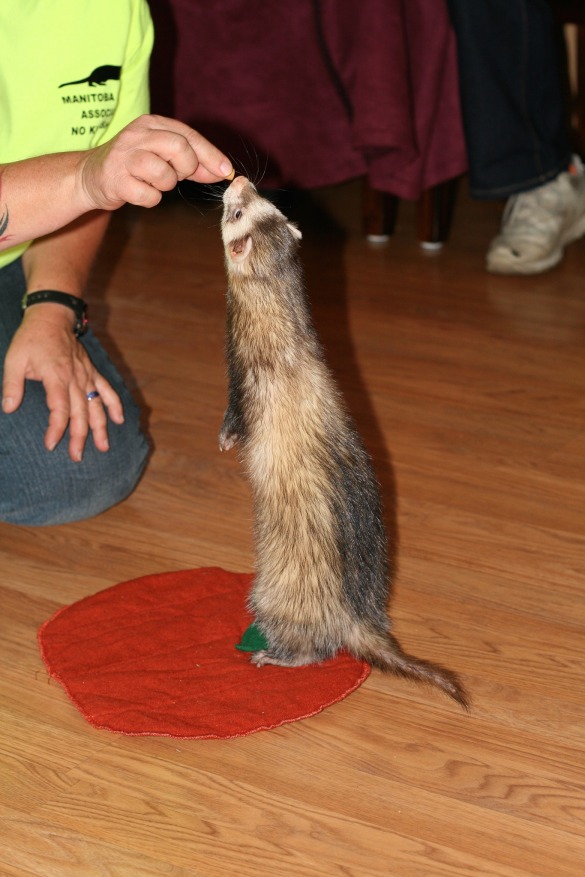 We then played Longest Begging Pose. Rosalie, Meeka, Sarah, Borshie, Oscar and Charlie had no interest in begging for Bandit treats or Ferretone thank you very much! We only beg at home.

Deb’s Molly has no pride and begs daily. His time of 4.3 seconds was the best time with Chantal’s Fargo at 3.6 seconds and Sharon’s Sarah coming in third with 2.42 seconds.

We let the ferrets have a break and the humans played Witch Hat Ring Toss. Sounds easy, right? Well some of us couldn’t even get one ring on the hat! Kevin, Adrienne, Zoe, Melissa all scored one ring so their names went into the hat and Melissa won. 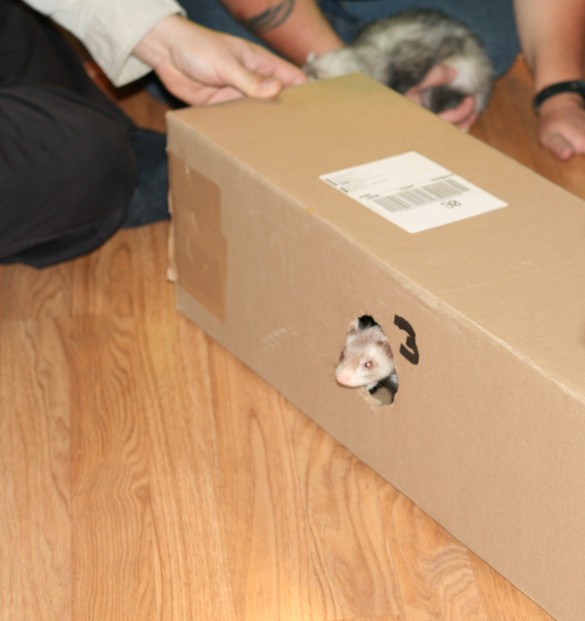 We woke up the ferrets to play Pick a Hole. The long narrow box had 3 round holes; each numbered. The ferret was inserted into the box and their owner had to choose which hole the ferret would stick his nose out of. The results were hilarious and some of us should learn from this and never gamble! 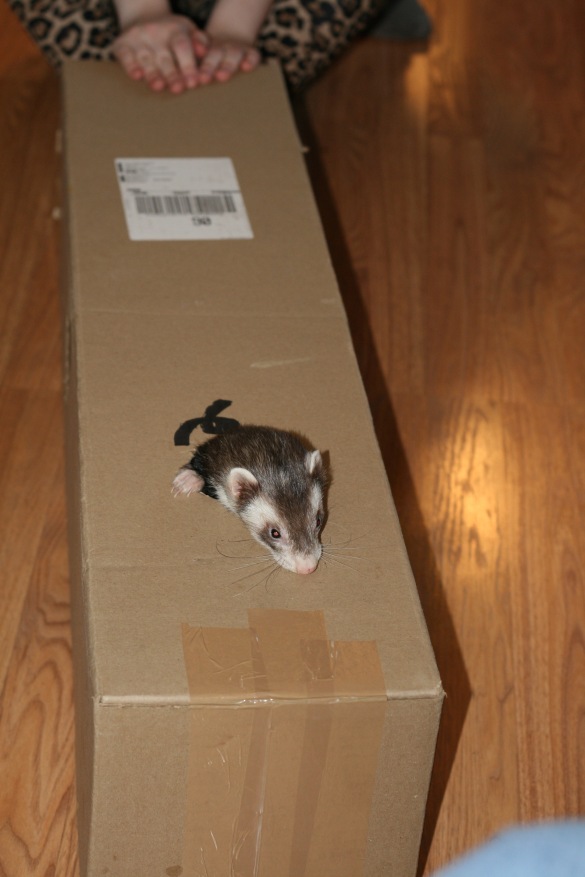 We decided to do the Costume Parade before all the ferrets decided they didn’t want to play anymore! 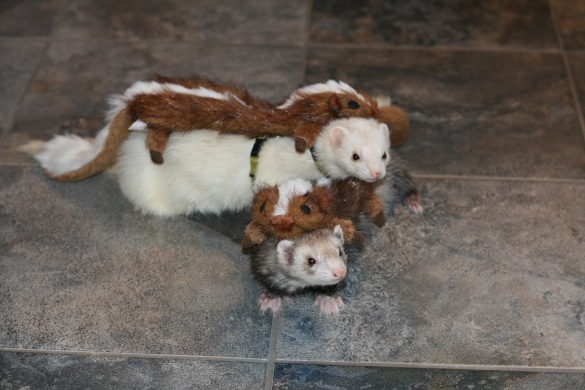 Zoë’s Radish came as a bat, Turnip was a flower in a plant pot and Zoë looked lovely as a Cat-meow 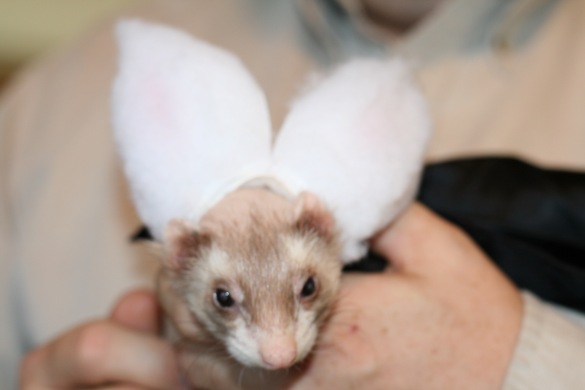 Colleen fought with her furries and sort of won when her boy Baby was finally turned into a baby and her little girl submitted to being Mrs. Skeleton

Deb’s Molly with his ongoing gender issues, rode in as Godiva on his pony

If I missed some ferrets it’s only because we were all laughing so hard, we forgot to take notes! 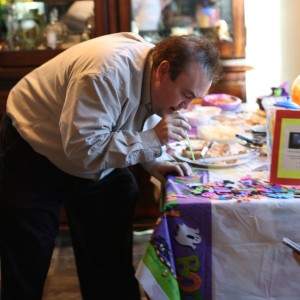 It was time for another human game – Suck It Up Foamies. We had a bucket of foam Halloween cut outs; skeletons, pumpkins, Zorro mask, witches and lots more. Some had sparkles on them (note to self remove the sparkly ones so we don’t kill someone next year) this game sounded so easy. Using a straw, suck up a foamy and move it to the bucket; moving as many as you can in 30 seconds. Most of us made 5foamies, Kevin and Melissa managed 8 foamies but our Danial using some real fancy toe dancing sucked up 9 foamies to win! Kevin won for most sparkles sucked down his wind pipe or so he hacked at us!

We ended our party with a nice quiet game. Put 4 homemade ferret socks on your ferret and keep them on for one second. You would think that pooped out ferrets would be too tired to keep yanking one paw then another pulling the sock off. Lots of laughter and some mild cursing and Kevin with one of their brood kept the socks on for one second! You all have one year to practice “socking” your ferret!

Andy and Adrienne had a huge pile of leaves for the furries to play in. Molly was the first to dive in!

There was a lot to eat with lots of contributions to the snack table. A special thanks to Andy and Adrienne’s son who saved Deb’s bacon when she forgot the pop. Rhys donated a 12 pack of Coke.

Overall, everyone had a great time and all the ferrets (and humans) went home totally played out!